About 5% to 10% of breast cancers are thought to be hereditary, caused by abnormal genes passed from parent to child.
Reviewed by 2 medical advisers
Advertisement
Sections
BRCA1 and BRCA2 genetic mutations
Other genes
Genetic testing
Steps you can take
Advertisement

About 5% to 10% of breast cancers are thought to be hereditary, caused by abnormal genes passed from parent to child.

Genes are short segments of DNA (deoxyribonucleic acid) found in chromosomes. DNA contains the instructions for building proteins. And proteins control the structure and function of all the cells that make up your body.

Think of your genes as an instruction manual for cell growth and function. Changes or mistakes in the DNA are like typographical errors. They may provide the wrong set of instructions, leading to faulty cell growth or function. In any one person, if there is an error in a gene, that same mistake will appear in all the cells that contain the same gene. This is like having an instruction manual in which all the copies have the same typographical error.

DNA changes that happen over the course of a lifetime, as a result of the natural aging process or exposure to chemicals in the environment, are called somatic alterations.

Some DNA changes are harmless, but others can cause disease or other health issues. DNA changes that negatively affect health are called mutations.

Everyone has BRCA1 and BRCA2 genes. The function of the BRCA genes is to repair cell damage and keep breast, ovarian, and other cells growing normally. But when these genes contain mutations that are passed from generation to generation, the genes don't function normally and breast, ovarian, and other cancer risk increases. BRCA1 and BRCA2 mutations may account for up to 10% of all breast cancers, or 1 out of every 10 cases.

Having a BRCA1 or BRCA2 mutation doesn't mean you will be diagnosed with breast cancer. Researchers are learning that other mutations in pieces of chromosomes — called SNPs (single nucleotide polymorphisms) — may be linked to higher breast cancer risk in women with a BRCA1 mutation as well as women who didn't inherit a breast cancer gene mutation.

You are substantially more likely to have a genetic mutation linked to breast cancer if:

If one family member has a genetic mutation linked to breast cancer, it does not mean that all family members will have it.

The average woman in the United States has about a 1 in 8, or about 12%, risk of developing breast cancer in her lifetime. Women who have a BRCA1 mutation or BRCA2 mutation (or both) can have up to a 72% risk of being diagnosed with breast cancer during their lifetimes. Breast cancers associated with a BRCA1 or BRCA2 mutation tend to develop in younger women and occur more often in both breasts than cancers in women without these genetic mutations.

Women with a BRCA1 or BRCA2 mutation also have an increased risk of developing ovarian, colon, and pancreatic cancers, as well as melanoma.

Men who have a BRCA2 mutation have a higher risk of breast cancer than men who don't — about 8% by the time they're 80 years old. This is about 80 times greater than average.

Preliminary research suggests that a BRCA2 mutation in children and adolescents may be linked to a higher risk of non-Hodgkin lymphoma. Lymphoma is cancer of the lymph system.

Inherited mutations in other genes are also associated with breast cancer. These abnormal gene changes are much less common than BRCA1 and BRCA2 mutations, which themselves are fairly uncommon. Also, most of them don't seem to increase breast cancer risk as much as abnormal BRCA1 and BRCA2 genes. Still, because these genetic mutations are rare, they haven't been studied as much as the BRCA genes.

Based on research to date, experts have estimated the levels of breast cancer risk that may be associated with each gene mutation. Levels of genetic risk are generally defined as:

Below is a list of other genes besides BRCA1 and BRCA2 that sometimes have abnormal changes that run in families with a strong history of breast cancer and other cancers. Most have been linked to some increase in breast cancer risk; others haven’t yet, but that may change over time.

If you have one of these mutations, keep in mind that your own personal risk of breast cancer may be lower or higher than the estimated risks below, depending on the details of your family history. As research continues, the risk levels associated with each mutation are likely to change. Also, the estimated risk levels cited are for women, as most of this research has not focused on men. There is some evidence linking ATM, CHEK2, and PALB2 mutations with male breast cancer, along with BRCA1 and BRCA2, but more research is needed to understand those risks.

Always check with your care team for the latest information.

Other gene mutations are sometimes found in families with a strong history of cancer. Mutations in the genes listed below may or may not cause an increased risk of breast cancer. Further research is needed to tell what the increased breast cancer risk is, if any.

There are genetic tests available to determine if someone has inherited an abnormal BRCA1 or BRCA2 gene. A genetic counselor also may order testing for mutations in the ATM, BARD1, BRIP1, CDH1, CHEK2, NBN, NF1, PALB2, PTEN, RAD51C, RAD51D, STK11, TP53 and/or MLH1, MSH2, MSH6, PMS2, EPCAM genes. They can be tested for individually or as part of a larger gene panel that includes BRCA1 and BRCA2. Decisions about what tests to perform are based on your personal or family history of breast cancer and other cancers.

Steps you can take

If you know you have an abnormal gene linked to breast cancer, there are lifestyle choices you can make to keep your risk as low it can be:

These are just a few of the steps you can take. Review the other breast cancer risk factors for more options.

Along with these lifestyle choices, there are other risk-reduction options for women at high risk because of abnormal genetics.

Hormonal therapy medicines do not reduce the risk of hormone-receptor-negative breast cancer.

More frequent screening: If you're at high risk because of an abnormal breast cancer gene, you and your doctor will develop a screening plan tailored to your unique situation. You may start being screened when you're younger than 40. In addition to the recommended screening guidelines for women at average risk, a screening plan for a woman at high risk may include:

Women with an abnormal breast cancer gene need to be screened twice a year because they have a much higher risk of cancer developing in the time between yearly screenings. For example, the Memorial Sloan-Kettering Cancer Center in New York, NY recommends that women with an abnormal BRCA1 or BRCA2 gene have both a digital mammogram and an MRI scan each year, about 6 months apart (for example, a mammogram in December and an MRI in June).

A breast ultrasound is another powerful tool that can help detect breast cancer in women with an abnormal breast cancer gene. This test does not take the place of digital mammography and MRI scanning.

Talk to your doctor, radiologist, and genetic counselor about developing a specialized program for early detection that addresses your breast cancer risk, meets your individual needs, and gives you peace of mind.

Prophylactic breast surgery may be able to reduce a woman's risk of developing breast cancer by as much as 97%. The surgery removes nearly all of the breast tissue, so there are very few breast cells left behind that could develop into a cancer.

Research also has shown that women with an abnormal BRCA1 or BRCA2 gene who have prophylactic ovary removal have better survival if they eventually are diagnosed with breast or ovarian cancer.

The benefit of prophylactic surgeries is usually counted one year at a time. That’s why the younger you are at the time of surgery, the larger the potential benefit, and the older you are, the lower the benefit. Also, as you get older you’re more likely to develop other medical conditions that affect how long you live, such as diabetes and heart disease.

Of course, each woman's situation is unique. Talk to your doctor about your personal level of risk and how best to manage it.

It's important to remember that no procedure — not even removing both healthy breasts and ovaries at a young age — totally eliminates the risk of cancer. There is still a small risk that cancer can develop in the areas where the breasts used to be. Close follow-up is necessary, even after prophylactic surgery.

Prophylactic surgery decisions require a great deal of thought, patience, and discussion with your doctors, genetic counselor, and family over time — together with a tremendous amount of courage. Take the time you need to consider these options and make decisions that feel comfortable to you.

More from this topic
Being a Woman
Age
Family History
Genetics
Personal History of Breast Cancer
Prior Radiation to Chest or Face Area
Was this article helpful?
Advertisement
Join in the conversation about Genetic Testing
Connect with a supportive community of people discussing thousands of topics in hundreds of forums on our discussion boards. Our community welcomes anyone and everyone diagnosed with breast cancer, concerned about a breast condition, or caring for a loved one affected by breast cancer.
Learn more 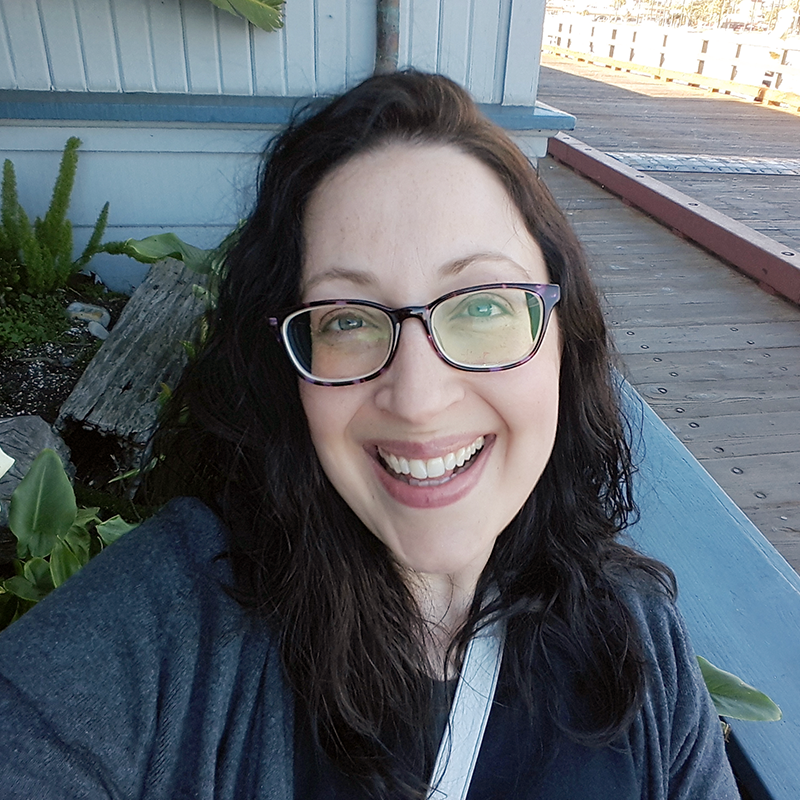 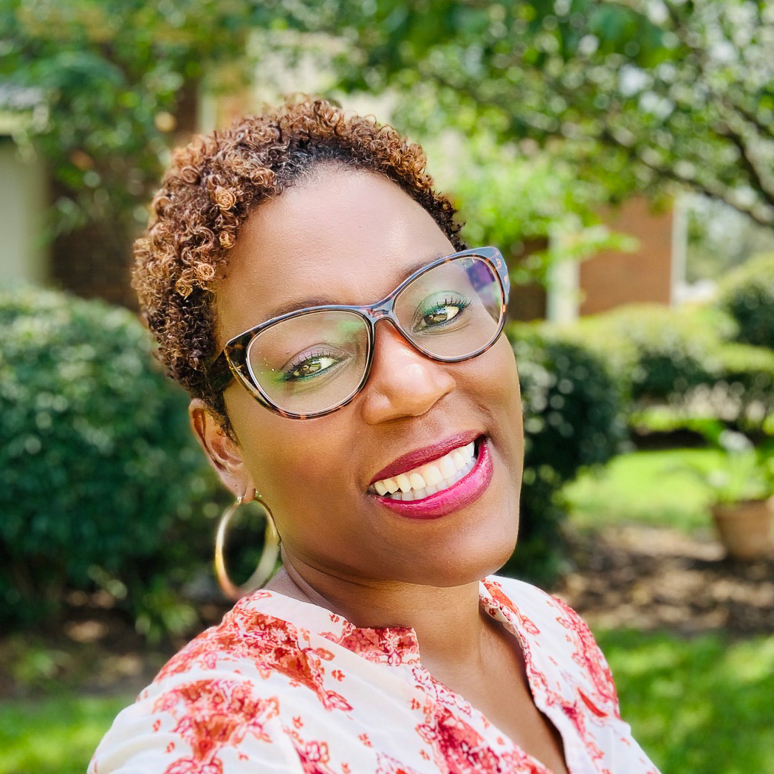 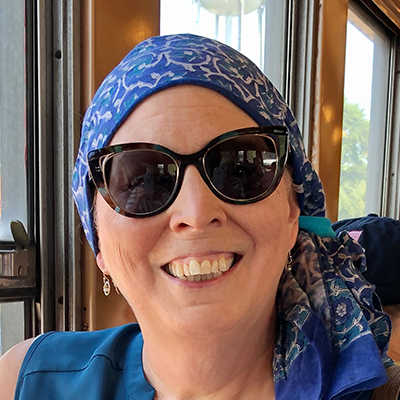 Other sections related to Genetics