This is part three of three-part podcast on genetics and breast cancer with Cristina Nixon. Listen to this podcast to hear her explain:

Listen to part 1 of the series.

Listen to part 2 of the series. 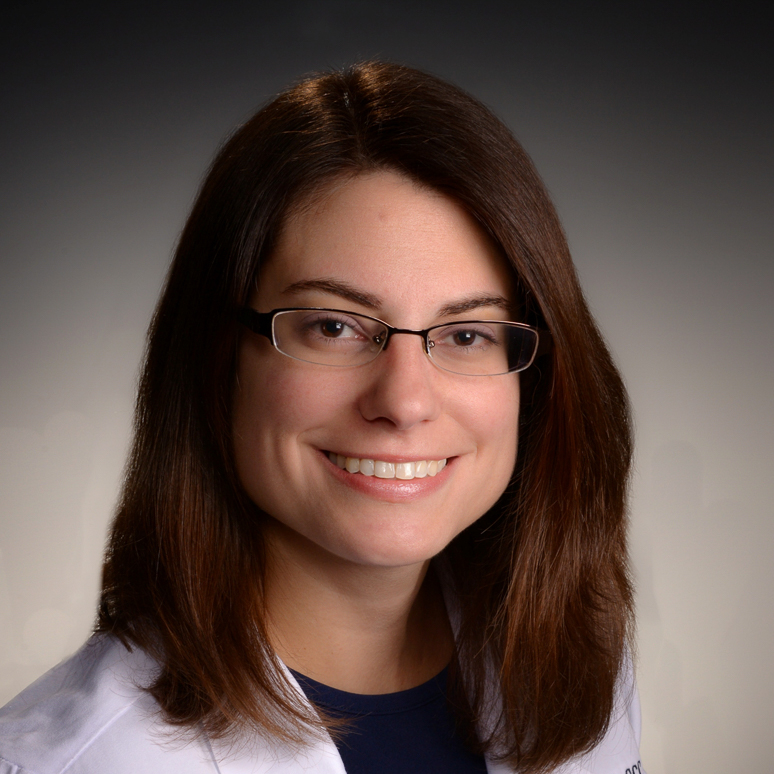 Cristina Nixon is a licensed certified genetic counselor with the Cancer Risk Assessment and Genetics Program at Main Line Health in Pennsylvania. In addition to counseling patients, she also assists with research, including a study looking at multi-gene panels in BRCA1/BRCA2-positive families. Cristina also has completed the City of Hope’s intensive course in cancer risk assessment.

Jamie DePolo: Hello, everyone. Welcome to this edition of the Breastcancer.org podcast. I’m Jamie DePolo, the senior editor here at Breastcancer.org, and my guest today for part 3 of our three-part podcast is Cristina Nixon, who is a licensed certified genetic counselor with the Cancer Risk Assessment and Genetics Program at Main Line Health in Pennsylvania. In addition to counseling patients, Cristina also assists with research including a recent study looking at multi-gene panels in BRCA1- and BRCA2-positive families. Cristina also just completed the City of Hope's intensive course in cancer risk assessment.

Cristina Nixon: Women could consider using a breast cancer risk assessment tool. I would recommend, though, that if she’s going to do it online herself, no matter what tool it is, that she definitely reviews that tool with her physician or with a genetic counselor after the tool has given her a risk assessment, after it’s given her information, just to make sure that she is using the tool correctly and is answering the questions correctly. Some of the tools have some confusing questions or terms that a person may not be sure of, and so that’s why I caution women, if they're going to use a tool, to just make sure to review that with her doctor.

Jamie DePolo: Okay. And I know I’ve looked at some of them -- not all of them because it seems that there are more coming out -- and some of them specifically say, “Sit down with your doctor to fill this out.” Others don’t, so that’s why I wondered if women ever do it just on their own. Has anybody ever come to you and said, “I filled out this risk assessment tool, it says I'm at high risk, that’s why I want genetic testing,” or is it usually done in conjunction with a physician?

Jamie DePolo: Okay. Now, I know that different tools sometimes take into account different factors. I am not sure, do you know the differences between some of them or is that kind of outside your purview?

Cristina Nixon: No -- sure, there are differences between the tools. Probably the most well-used tool is, it’s literally called the Breast Cancer Risk Assessment Tool, and it’s through the National Cancer Institute. It’s based on the Gail Model, and this model takes into account a woman’s age as well as family history of breast cancer, but only looking at first-degree relatives who had breast cancer. First-degree relatives would be a mother, a sister, or a daughter. It takes into account how old she was when she was when she got her period, how old she was when she had her first child if she had children, and whether or not she’s had breast biopsies and if any of the breast biopsies had atypical hyperplasia.

There are some limitations to this model in that women who are younger than 35 cannot use the model, and it cannot be used for women who have a personal history of either DCIS or LCIS. So that’s where it can get tricky. That’s just one example of a model that, you know, there are some terms there that everyone may not be familiar with and there may be confusion, or they could be answered incorrectly, so that’s why it is good to review it with a physician.

There are other models that we like to use in the office, so it’s not necessarily something that a woman could go online and do herself, but we do have other statistical models that we use. One is called BRCAPRO. Another one is called BOADICEA, and then there’s one called IBIS, kind of a funny name.

These tools, they look at some of the same factors that I just mentioned like how old you were when you got your period and had your first child and breast biopsy history, but, in addition, these tools also look at more of a family history of breast cancer than just first-degree relatives. They’ll be able to look at dad’s side of the family as well. Because if you think about, if you are only look at first-degree relatives, that totally excludes the father’s side of the family. So you can really get an underestimation a lot of times with that Breast Cancer Risk Assessment Tool that I was talking about earlier.

Jamie DePolo: Okay. Now, are there any special tools, say, for younger women or for women who are at high risk? I know -- I think I read recently that a new tool had just come out that was really focused on Latinas, women of Hispanic heritage. It sounds like the tools are getting very specific, so I just wondered if they were out there. And I know some of the tools you can’t use if you’ve had a personal history of breast cancer, too, if you’re interested in your risk of recurrence. So, it is kind of getting to be the smorgasbord of risk assessment tools out there.

Cristina Nixon: Right. And that’s where I think it can be difficult, also, to know which of these tools should you really use, you know, which one is going to give you the best estimate based on your ethnicity, as well as some of these other risk factors that I mentioned. So if there is a question about which tool to use, again, that’s something that you could talk with your physician about or a genetic counselor about to get more information.

Jamie DePolo: Okay, yeah. So, it sounds like one of the best things to do is talk to your doctor and say, “I would like to do one of these tools, which one would you recommend for me?”

Jamie DePolo: Okay. Now, I also wanted to talk a little bit about genetic testing, and I’ve noticed that some companies are starting to market genetic tests directly to the public, to the private citizen. I know 23andMe is out there, Ancestry.com. These are just commercials I see on TV in the evening when I’m watching. Do they look for mutations that are linked to breast cancer, or are they sort of doing just a general screen?

Cristina Nixon: So, 23andMe, this is a company, a direct-to-consumer laboratory, that was previously looking at genes that predicted disease risk including breast cancer. But as of 2013, the FDA actually banned the company from doing that type of testing because, unfortunately, they weren’t able to provide data to validate the test results that they were giving out to individuals. So at this point, 23andMe is no longer doing disease-related testing. They are looking at inherited recessive conditions, so things like sickle cell disease or cystic fibrosis, so they’ll be able to tell you through a DNA test if you’re a carrier for one of these diseases, which may have more impact on future generations, your children, especially if your partner is also a carrier for this condition, then there’s a higher chance that your children may actually be affected with the condition. So, they’re doing more of that type of gene testing, and they’re also looking at ancestry, what part of the world is your family originally from?

The same is true for Ancestry.com, they are just solely, at this point, looking at ancestry. They even talk about being able to connect with distant family members or family members you may not know that you have by just looking at again markers in your DNA that tell them what part of the world your family is from.

There is one laboratory where it’s not completely direct-to-consumer because there is a physician involved in ordering the testing. It’s through a laboratory called Color Genomics. And this is a lab where you can go online and you can request a kit to submit -- I believe it’s saliva -- to the laboratory, but it’s done in conjunction either with your own physician or genetic counselor, or with a physician that’s provided by the laboratory Color. It’s a 19-gene panel, and it does include the BRCA1 and 2 genes, as well as other breast and ovarian cancer-related genes. But it’s nice, because again, there is a healthcare provider involved with interpreting the test results, so it’s not like you’re just emailed a report and then left to figure it out on your own. You have some direction as to what this information means, and it does come with the option of having genetic counseling before and after you get your test results.

Jamie DePolo: Okay. So it sounds like what you’re saying is that, except that one that you mentioned and there is a doctor involved, these companies that are marketing direct-to-consumer, they’re not really looking for disease.

Cristina Nixon: No, they’re not. They’re not. There isn’t a lab that I know of personally right now that is looking at breast cancer-related genes without a physician or genetic counselor or somebody, a healthcare professional being involved with getting the testing done.

Jamie DePolo: Okay. So those tests probably don’t have a lot of value for somebody who’s concerned about having an abnormal BRCA1 or BRCA2 mutation. It might be nice to figure out your family history and where you came from originally, but not related to disease.

Jamie DePolo: Okay, I guess that’s good. Well, Cristina, thank you so much for explaining all that, because I know we’ve been getting quite a few questions on our Discussion Boards about those types of tests, and do they take the place, and can they can do that instead of seeing my doctor, and it sounds like the answer would be a “no.”

Jamie DePolo: All right, thank you so much.