At the European Society for Medical Oncology 2019 Congress, Dr. Schmid presented results from the KEYNOTE-522 study showing that the combination of the immunotherapy Keytruda (chemical name: pembrolizumab) and chemotherapy before surgery to remove early-stage triple-negative breast cancer led to a better pathologic complete response than chemotherapy alone. This is the first phase III study using immunotherapy to treat early-stage breast cancer.

Listen to the podcast to hear Dr. Schmid discuss: 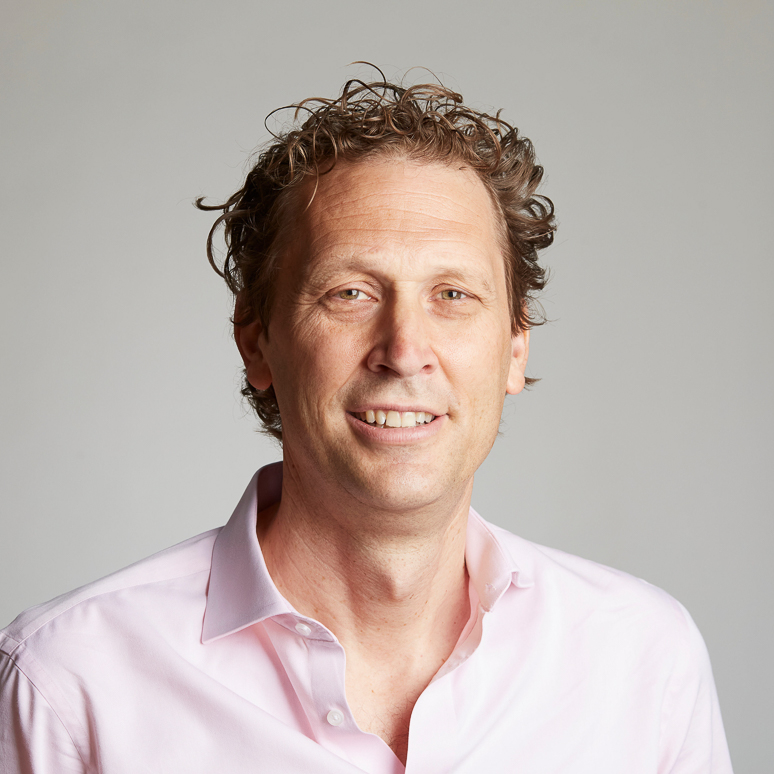 The patients with early triple-negative breast cancer, we would routinely give chemotherapy before surgery, which is what we call neoadjuvant chemotherapy. And what we hope to see with this chemotherapy is a maximum shrinkage of the cancer, because what we’ve learned is that in those patients where, at the time of surgery they had no cancer cells left in the breast, those patients have a fantastic outlook and have a very low risk of disease recurrence over time.

On the other hand, patients where we still find cancer at the time of surgery, even if we, of course, take that out, they have a slightly higher risk of recurrence, and unfortunately with triple-negative breast cancer often those recurrences happen over the first 3 to 5 years. So, we’re trying to achieve with preoperative and neoadjuvant chemotherapy now is to increase those, what we call path CR [pathologic complete response] rates.

And to give sort of the background is, with conventional chemotherapy — anthracycline, taxanes — the path CR is around 40%. If you add in platinum, which we did in our trial as chemotherapy, that probably goes up to 50%, maybe 52%. And what we tried to see is if you add in immune therapy, which obviously has made a huge impact in advanced triple-negative breast cancer, if we add this to neoadjuvant chemotherapy, can we further increase the path CR rates?

So, the trial we did had 12 weeks of carboplatin/paclitaxel chemotherapy before surgery followed by 12 weeks of AC chemotherapy, again, before surgery. Then women underwent surgery, and after surgery they carried on with pembrolizumab immune therapy or placebo for another 6 months, having already received pembrolizumab, or immune therapy, with chemotherapy before surgery. The trial has what we call two endpoints. So we assess whether the treatment works by looking at the path CR rates at the time of surgery, but of course, we also need to look at what we call event-free survival, which means the percentage of recurrences over time, and that’s the second way of telling us whether this treatment improves patient’s outcomes.

Now, what we saw here was the final results for path CR, and we saw, in my opinion a meaningful, but it’s definitely a statistically significant, improvement of the path CR rates by 13.6%. And now, nearly 65% of patients have complete disappearance of the cancer at the end of the treatment before they even have surgery. We also see that this benefit seems to be independent of whether patients are PD-L1-positive or PD-L1-negative, which is an interesting finding we need to look more into.

With very early follow-up... We only have 15 months of follow-up on average in this trial, and that’s very short for any form of adjuvant treatment where recurrences, if they unfortunately occur, have been over the next few years. But even after 15 months, we already see a strong signal that patients who received immune therapy, had received pembrolizumab, seemed to have a better outcome. We estimated 18 months recurrence-free, event-free survival is 91% for patients who received immune therapy and 85% for patients without, which is about a 37% risk reduction, but this is not yet significant because we need to wait a little bit longer.

Jamie DePolo: I just wanted to ask you about the PD-L1-positive versus PD-L1-negative. I saw the results, and it looked like the PD-L1-positive cancers did respond better to the Keytruda and the immune therapy. There was some response in negative, but if you could talk a little bit about that.

Peter Schmid: So, what is well established is if you only give chemotherapy that the PD-1 expression, or the immune cell infiltration in the tumor has an impact on how well a patient may respond to chemotherapy. So, patients who have a lot of immune cells in their cancer have a better chance of responding to chemotherapy, and that’s what we see in this trial as well.

But the interesting part is what does immune therapy on top of what we see with chemotherapy? And in both the PD-L1-negative group, as well as the PD-L1-positive group, we could increase the path CR rate by a similar benefit when we added in pembrolizumab. And that suggests, at least at this time, that the patients have a similar benefit whether they are PD-L1-positive or PD-L1-negative.

The one aspect we haven’t discussed is, obviously, tolerability, and I think that’s a key aspect, especially when we’re in a curative setting, and this is what we hope to achieve for these treatments. Now, during the chemotherapy phase, the side effects are very much dominated by the side effects of chemotherapy.

Jamie DePolo: Because it is a pretty strong regimen.

Peter Schmid: It’s an intensive chemotherapy regimen, and the way I often describe this to patients is it’s an aggressive tumor, we’ll use an aggressive chemotherapy regimen, and patients get through this treatment well, but it is an intensive treatment with substantial side effects, I think that is very clear. The key question for us is does immune therapy on top of that chemotherapy make the experience, makes the tolerability, worse, and actually we see very little differences between the two groups before surgery.

Now, after surgery, when patients receive immune therapy, the placebo alone, again there are very few side effects and they’re only subtle differences between the two groups at this point in time. Now, if you look at specific side effects that could be down to immune therapy, they are relatively rare. The most common one is the change in the thyroid gland function, and often that’s an under function of the thyroid gland where patients then may need to take tablets, and possibly lifelong. But we can address that under function of the thyroid gland very well, and that’s something we have learned over years from many other trials with immune therapy.

So, what I would say at this time point is we obviously met the endpoint for this trial. As we say, the trial showed what we would hope to see in terms of increasing the response to therapy, which is a very big step forward. We also see, although it’s very, very early days, we already see, and I’m personally very excited about this, we see a very encouraging result that this may lead to fewer recurrences, and hopefully to a higher cure rate, which is obviously what we want to, what we need to achieve in this setting.

But the price in terms of side effects seems to be acceptable at this point in time, if I may use that word. The differences between the two groups, placebo and pembrolizumab, are there, but they are relatively modest and similar to what we’ve seen, for example, in metastatic setting in the IMpassion130 trial. But we clearly need longer followup as well, both for safety reasons, because if we cure patients we need to make sure that they are okay after 3, 5, and 10 years in terms of side effects. I’d also hopefully prove that the risk recurrence, in terms of recurrences, is significant over time.

Jamie DePolo: Thank you. What would you say this means for patients right now, like, say, I’ve just been diagnosed. Is this going to be practice-changing? Are we going to wait 3 to 5 years before we see this as a treatment?

Peter Schmid: I think it’s going to be really interesting to see how the medical community reacts to these data, and also how the FDA reacts to it and EMA. There’s FDA and EMA, EMA is the European health authorities. There’s clear guidance that if we see in triple-negative breast cancer an increase in path CR rates that this can be the basis for what we call accelerated approval. And accelerated approval is obviously what we hope to see, to have access to these treatments as early as possible for patients.

From my perspective what it means is, there’s a huge amount of hope. We’re clearly improving the treatments in early triple-negative breast cancer, and it clearly seems to me that we are improving outcomes and cure rates, and that gives me a lot of hope. Now, are we there that we can say we cure absolutely everyone? Unfortunately not, and we have seen and we will still see recurrences there. But we are also learning a lot from this study how we possibly improve the treatments even further going forward. But having made this, in my opinion, big leap, going from chemotherapy to chemotherapy and immune therapy, is a big step forward.

Now, we need to see how the medical community will look at the data with the short follow-up. How the regulators will look at it, the FDA approval, obviously, is absolutely critical at this point in time, but I would be very hopeful and optimistic that we see this type of treatment, that we see immune therapy introduced into routine care of early triple-negative breast cancer in the probably not-too-distant future.

Jamie DePolo: Thank you so much.