Dr. Maura Dickler offers an overview of some of the most interesting research on metastatic breast cancer presented at the 2019 ASCO Annual Meeting.
Jun 14, 2019
Advertisement
00:00
Download
00:00
Advertisement

Dr. Maura Dickler offers insights on some of the most interesting research on metastatic breast cancer presented at the 2019 American Society of Clinical Oncology Annual Meeting.

Listen to the podcast to hear Dr. Dickler explain: 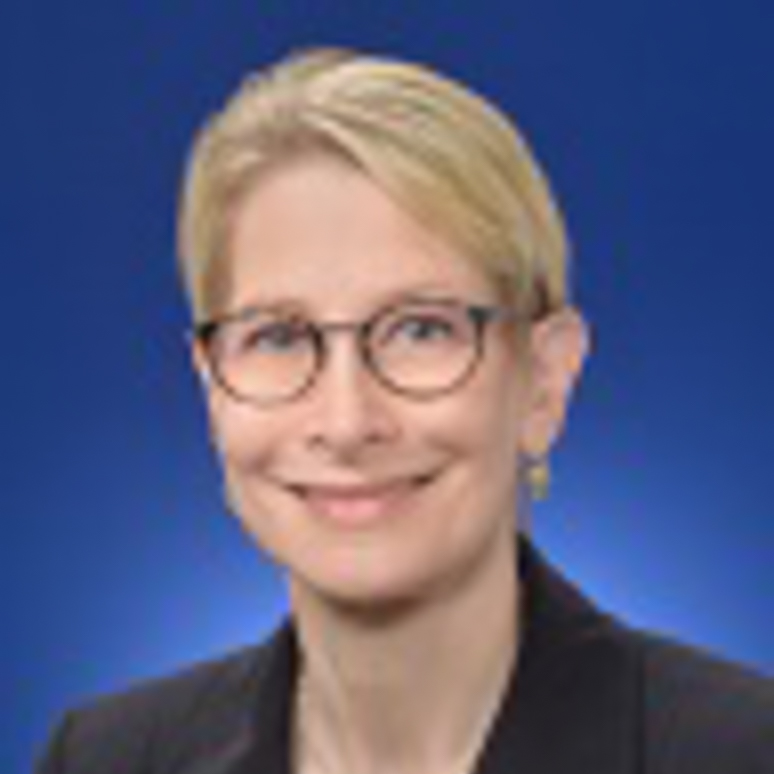 Jamie DePolo: Hello, and welcome to the Breastcancer.org podcast. I’m Jamie DePolo, senior editor at Breastcancer.org. We’re on location at the 2019 American Society of Clinical Oncology Annual Meeting in Chicago. My guest is Dr. Maura Dickler, vice president of oncology late phase development in Eli Lilly and Company. Dr. Dickler is going to give us a summary of some of most interesting and important breast cancer research that was presented at the conference. Dr. Dickler, welcome to the podcast.

Dr. Maura Dickler: Hi, thank you, Jamie, and thanks for having me join you today. It’s really an exciting time, this is my second ASCO since I joined Lilly Oncology. And I’m finding it very interesting and really very exciting to be viewing the abstract from the pharma side. So, sort of a different eye to what I think is potentially interesting for the future. I think that I would like to focus on women with metastatic breast cancer, because I just came out of a metastatic session, and I thought there were a number of interesting abstracts that we can touch briefly on today.

I think I’d like to start with ER-positive, HER2-negative metastatic breast cancer, as I think the abstract that made the biggest splash this year was MONALEESA-7, which was a large trial in almost 700 patients, premenopausal women with ER-positive, HER2-negative disease, who were rendered postmenopausal with a GnRH agonist, and then they were treated with endocrine therapy with either tamoxifen and/or an aromatase inhibitor with the addition of ribociclib [brand name: Kisqali] versus placebo. And what this study showed was that not only was there a benefit in progression-free survival from about 13 to 24 months, but there was also a statistically significant benefit in overall survival, with a hazard ratio of 0.71 with a statistically significant P-value. And this is really the first study of the four trials looking at CDK4/6 inhibitors that that does show a statistically significant benefit in overall survival [OS].

We already saw an OS benefit for PALOMA-3, but that was not statistically significant, although the study was not powered for statistical significance, but there was a delta in the right direction. And then here we see another trial with a benefit in OS that this time meets statistical significance. The median PFS [progression-free survival] for the control arm was about 40 months, and for the investigational arm it was not yet reached so the delta not yet clear in the MONALEESA-7 study.

I think this is a great result for our patients, particularly premenopausal women who often have more aggressive disease, and we tend to render them postmenopausal as part of their therapy. I think it’s also great for the class of drugs, and, you know, speaks well potentially for the potential efficacy of these drugs earlier. And there are a number of large adjuvant trials that are ongoing, and we await results from those studies.

What we also saw was results from a trial called Young-PEARL, which was a trial that was conducted in Korea that was also in premenopausal ER-positive, HER2-negative women with metastatic breast cancer. And in this trial it looked at a later line of endocrine therapy. It was exemestane [brand name: Aromasin] plus palbociclib [brand name: Ibrance], and they compared that to capecitabine [brand name: Xeloda]. And all of the women, since it was a premenopausal trial, were also treated with a GnRH agonist to render them postmenopausal. And what I was really pleased to see was that the endocrine therapy plus CDK4/6 inhibitor arm performed better then chemotherapy.

I think that that is something that many physicians thought would maybe be the case. And that’s because there are a group of women that you can maximize endocrine therapy, sometimes for many, many years, sequencing one agent after the other also in combination with targeted therapies. But then when women ultimately need chemotherapy, there's a group of ER-positive women that don’t respond that well or for very long, and you ultimately sequence through a number of agents and you think, “Gee, I wish I had more therapy on the endocrine therapy side that I could offer, because it seems as if they respond best.” And this really showed that. So, exemestane plus a CDK4/6 inhibitor was better than capecitabine in really a third-line setting, and I actually think that that’s really a major advance for premenopausal women, and really postmenopausal women, with metastatic disease.

There were other presentations focused on targeted therapy. I felt one of interest was a study called FAKTION, which is looking at AZD5363, which is an AKT-1, -2, and -3 inhibitor and…

Jamie DePolo: Can you explain a little bit what that means? Like what would that mean to me if I’m not a doctor?

Dr. Maura Dickler: Sure, sure. So, the PI3K pathway is a very important pathway in ER-positive, HER2-negative metastatic disease. And it’s really the PI3K/AKT/MTOR pathway. We already have a MTOR inhibiter, everolimus [brand name: Afinitor], that was shown in the BOLERO-2 trial to improve progression-free survival, and exemestane plus everolimus is a standard-of-care option in the second- to third-line setting. We also have recent approval of alpelisib [brand name: Piqray], which is a PI3K-alpha inhibiter that has been shown to improve progression-free survival in PIK3CA-mutant, ER-positive, HER2-negative metastatic disease. And now this is another trial that’s really showing the benefit of targeting this pathway.

AZD5363 improved progression-free survival in this group of patients, and it was an all-comer population. I think that that’s an interesting result. We do know targeting that pathway increases side effects including hyperglycemia, diarrhea, and skin rash, and that was seen in this trial. I think that this an interesting proof-of-concept study for this AKT-1, -2, and -3 inhibiter, and, you know, I think that obviously larger trials to confirm the benefits that was seen in this randomized, phase II study are needed, but I think that it’s promising that AKT inhibiters may be another class of drugs that are active. And there’s also another AKT inhibiter that’s in active investigation called ipatasertib. So, this was really a second agent that has some data.

And then I think I’d like to end on an interesting abstract that was reported in the first-line setting for triple-negative metastatic breast cancer, and that’s the IMpassion130 trial. And that was a large randomized study of women with triple-negative breast cancer who had not yet received prior chemotherapy for the advanced-stage setting.

That was a study that gave a backbone of chemotherapy, which was Abraxane [chemical name: albumin-bound or nab-paclitaxel] and with or without atezolizumab [brand name: Tecentriq], which is an anti-PD-L1 inhibiter. And this study enrolled all comers regardless of PD-L1 expression, and so therefore the intention to treat analysis included all patients regardless of level of expression, and then they also looked at patients who were PD-L1-positive using the Ventana assay. And what this study showed was there was a definite benefit in progression-free survival that was really more significant in the PD-L1-positive population, and there was also a trend towards overall survival in the PD-L1 expressors. So, again, exciting news for immuno-oncology and immunotherapy in triple-negative breast cancer. This is really the only trial that shows activity of PD-1-directed agent. Unfortunately, a smaller phase II study in the ER-positive population looking at eribulin [brand name: Halaven] in combination with pembrolizumab [brand name: Keytruda] was also reported today, and unfortunately, that did not show a benefit.

So, I think we’re really at an interesting time. I think that the science has really informed targets where we’ve been able to design better drugs. I think that we have to take some of our clinical findings and go back to the bench to refine some of these things, maybe design trials where we can hit the target more effectively and reduce toxicity. But I think that we’re really seeing the field move forward in both targeted therapy in ER-positive disease, HER2-positive disease, and in immuno-oncology with triple-negative breast cancer. So, I’d really like to thank you for this opportunity.