At the European Society for Medical Oncology 2019 Congress, Dr. Sledge presented overall survival results from the MONARCH 2 study, which used Verzenio (chemical name: abemaciclib) and Faslodex (chemical name: fulvestrant) to treat metastatic hormone-receptor-positive, HER2-negative breast cancer that was previously treated with hormonal therapy and had stopped responding. The women in the study were premenopausal, perimenopausal, or postmenopausal.

Listen to the podcast to hear Dr. Sledge explain: 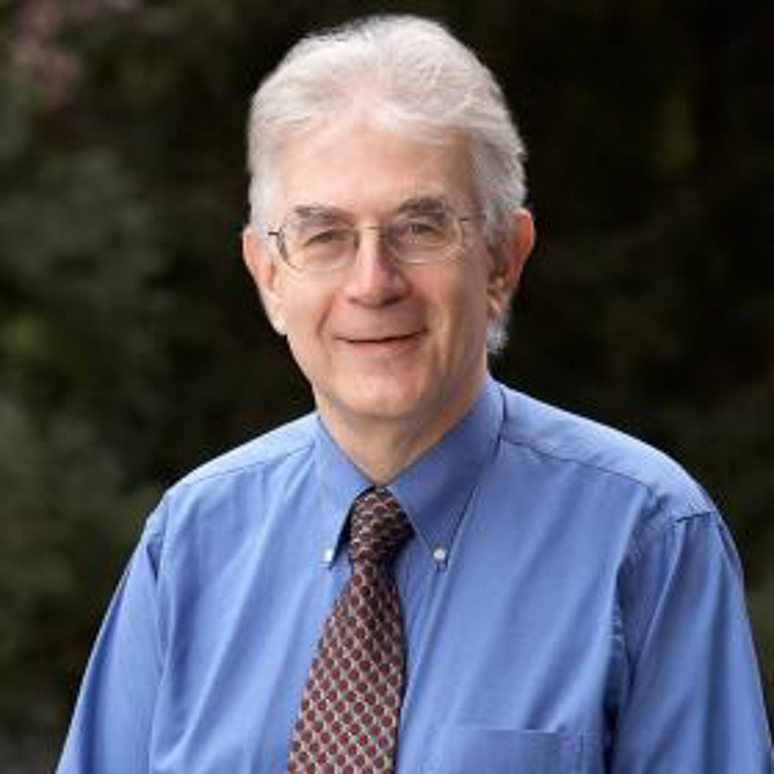 Dr. George Sledge is professor of medicine and head of the Oncology Division at Stanford University. A former president of the American Society of Clinical Oncology, he specializes in breast cancer research. He has published extensively on the treatment of metastatic breast cancer and has been honored with numerous awards for his work.

My guest is Dr. George Sledge, professor of medicine and head of the oncology division at Stanford University. A former president of the American Society of Clinical Oncology, he specializes in breast cancer research. He has published extensively on the treatment of metastatic breast cancer and has been honored with numerous awards for his work. At this conference, he presented overall survival results from the MONARCH 2 study, which used Verzenio and Faslodex to treat metastatic, hormone-receptor-positive, HER2-negative breast cancer that was previously treated with hormonal therapy.

Dr. Sledge, welcome to the podcast.

Dr. George Sledge: Thanks, Jamie, happy to be here.

Jamie DePolo: So in case anyone isn’t familiar, could you give us a brief overview of the MONARCH 2 study?

These patients were then randomized in a 2-to-1 fashion to either receive abemaciclib plus fulvestrant or to receive a placebo plus fulvestrant, and then followed up for progression and survival.

Jamie DePolo: Okay. And, for this study, I know Verzenio was approved for use based on results from MONARCH 2 that showed better progression-free survival, now you have data on better overall survival. So this is a big deal, right?

Dr. George Sledge: Indeed. So if I might start with progression-free survival, because there’s a little bit of an update there. The main findings in terms of medians are essentially unchanged from what we reported 2 years ago. But, what we now see with further follow-up, is that, using a landmark analysis at 3 years, roughly 3 times as many patients, close to 30% versus 10%, are still progression-free on the combination arm compared to those who just received fulvestrant alone.

Jamie DePolo: And you said this was at 3 years of follow up, correct?

Dr. George Sledge: Well, we’re looking at overall survival. The progression-free survival data that I mentioned was what’s called a landmark analysis, looking at a specific time. But the overall survival is actually looking quite a bit further out than 3 years at this point.

Jamie DePolo: Okay. And how long do you anticipate following the people in the study?

Dr. George Sledge: Well, that’s pre-specified. This was an initial interim analysis that was done with approximately 77% of the expected overall data of the final analysis.

Jamie DePolo: Okay. Now let’s talk a little about side effects. I know there was just a recent FDA announcement about lung inflammation with CDK4/6 inhibitors. Did you see any new, different, more severe side effects in this study?

Dr. George Sledge: I guess first in terms of common side effects, which we define as those that occur in 20% or more. Our results are virtually identical to what we saw at the initial presentation 2 years ago. Patients on all CDK4/6 inhibitors experience neutropenia. The rates are less for abemaciclib than they are for other members of this class. In contrast, the rates of diarrhea are higher for abemaciclib than other members of the class. These are easily manageable.

In terms of the new safety signals, as you mentioned, there’s been this emerging signal of interstitial lung disease that appears to be seen across the class of drugs. Interestingly, it has a very regional signal, it’s seen much more commonly in Japan for reasons we don’t know than it is anywhere else. I think this will require much further follow up. The definition of interstitial lung disease is relatively non-specific, so I don’t think any of us know exactly what it means, or what causes it, or what to do about it. But I think it is an important signal that we’ll need to follow up.

Jamie DePolo: And that is treatable, correct, if it’s noticed by the doctor...

Dr. George Sledge: Well first, in the great majority of cases, this is an early-grade, grade 1 or 2, toxicity. Secondly, for patients where it’s been noticed, many of the patients on the trial discontinued therapy, whether or not that was the right thing to do or not is a different question. Some patients had their therapy held and recovered.

Jamie DePolo: Now, what does this mean for people who have been diagnosed with this particular type of breast cancer?

Dr. George Sledge: Well, progression-free survival, I find, is one of those endpoints that patients don’t quite get because it’s more of a geeky, breast cancer-statistical endpoint than something that resonates with patients. Overall survival, I think, resonates with the patients and doctors, and that is to say, everyone wants to live longer. And a 9-plus-month improvement in overall survival is, frankly, a big deal for metastatic, estrogen-sensitive breast cancer. And it’s certainly something that should encourage physicians to use CDK4/6 inhibitors for patients with metastatic disease. I think, from my standpoint, when everyone sees a statistically significant and clinically important improvement in overall survival, that now becomes a standard of care approach for treatment of patients with metastatic disease.

Jamie DePolo: Okay, thank you very much. Appreciate your time.