Research has shown that women who are overweight or obese have a higher risk of breast cancer, especially after menopause. Still, research results have been mixed on whether losing weight would decrease a postmenopausal woman's breast cancer risk. Dr. Rowan Chlebowski discusses an analysis of data from the very large Women's Health Initiative Observational Study that found that overweight or obese postmenopausal women who lost just a modest amount of weight — as little as 10 or 15 pounds — had a lower risk of breast cancer.

Listen to the podcast to hear Dr. Chlebowski explain: 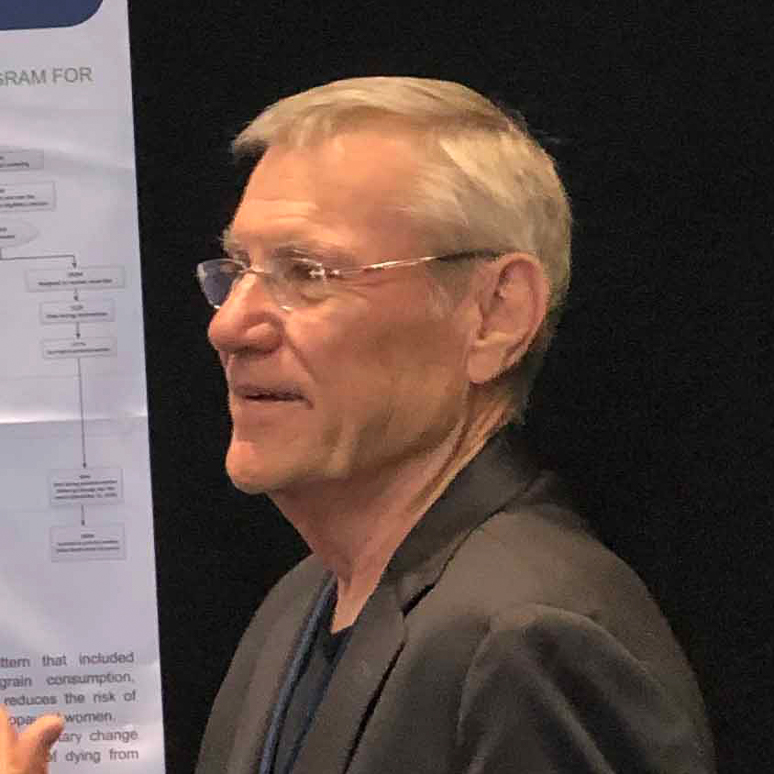 Dr. Rowan Chlebowski is a clinical breast oncologist at the Los Angeles Biomedical Research Institute at Harvard UCLA Research Medical Center and a research professor in the Department of Medical Oncology and Therapeutics Research at City of Hope. He holds a PhD in reproductive biology and has a credentialed clinical and research interest in women’s health, breast cancer therapy and prevention, breast cancer survivorship, breast cancer risk prediction, lifestyle influences on breast cancer and menopausal hormone therapy influences on cancer and chronic disease.

Jamie DePolo: Hello, and welcome to the Brestcancer.org podcast. I’m Jamie DePolo, senior editor of Breastcancer.org. We’re on location at the 2017 San Antonio Breast Cancer Symposium. My guest is Dr. Rowan Chlebowski, Medical Oncology Research Professor at City of Hope. Dr. Chlebowski’s study looked at whether weight loss was associated with lower rates of breast cancer, because other study results on this topic have been inconsistent. Dr. Chlebowski, welcome to the podcast.

Rowan Chlebowski: Happy to be here.

Jamie DePolo: So first of all, can you tell us about some of the earlier studies that were done on this topic that caused you to do this study?

Rowan Chlebowski: Sure. Studies over decades have shown that women who are obese who are postmenopausal are at increased breast cancer risk. It’s been a frustration, however, because it’s been very difficult to show that if women lose weight they’ll change their breast cancer risk.

For example, a New England Journal review from a leading organization last year could only conclude — their public health message was to only conclude to avoid body fatness, which is a limited message because it means if you’re overweight or obese then there’s nothing that can be done. So that limits the public health message. So with that as background, we just — we had a unique population in the Women’s Health Initiative Observational Study that allowed us to more specifically address this question.

Jamie DePolo: Okay, perfect. And so you looked at results from the Women’s Health Observational Study, and I should probably ask you to give a little bit of background on that, because that’s a very long, ongoing study.

Rowan Chlebowski: Yes. So the Women’s Health Initiative started in 1993, entered a total of over 161,000 women from 1993 to 1998 from 40 U.S. clinical centers, all postmenopausal, really with no chronic disease. And there’s clinical trials and an observational study. The observational study was 93,000 women; however, we had exclusion criteria. For instance, we didn’t want women who had prior cancer, and some people always have missing values, so our study population ended up with 61,135 postmenopausal women, again, between the ages of 50 and 79.

Then what we were able to do is we had baseline weight measured, what weight measured at year three, and then at year three we asked them, did you lose or gain more than 5 pounds in the last 2 years and was it intentional or unintentional? So what our unique thing was, this very tight window of weight reduction as opposed to looking at over decades when a lot of times, many of the other studies would have relied on remembered weight. So this is measured weights over a tight window.

Jamie DePolo: Okay, so it sounds like it’s a little more focused. And I guess I’m curious, too, so the women were not put on a specific weight loss program, it was just what happened to happen to them during that 3-year period?

Rowan Chlebowski: That’s right. Parallel with this, and this is to avoid the conclusion, there is a Women’s Health Initiative Dietary Modification Trial that randomized 48,835 women, which I reported, that did randomize to dietary fat intake reduction which was associated with weight loss. But in the observational study, those were women who either were not eligible or chose not to participate in that, so this would have been what happens to just a normal population.

Jamie DePolo: Okay, okay. And the results showed that the postmenopausal women lost weight, they had a lower risk of developing breast cancer. I’m curious, did you look at any other risk factors like alcohol consumption, smoking, anything like that?

Rowan Chlebowski: Yeah. So with our extensive data collection, we really were able to control for all the variables, including things like Metformin use, which was very, very low, and nonsteroidal anti-inflammatory drugs. So the characteristics were closely matched. And interestingly, the women who lost weight were heavier and less physically active than the other women, so that was 8,135 women who lost weight.

So that’s a little almost paradoxical when you think that the women who are heavier and less physically active made — their body mass index was interesting, was at, kind of, 29.9. And one of the speculations was they knew the next step would be to take them into obesity. And so that’s a retrospective comment, but it’s really kind of interesting, isn’t it, that the women were in that category and they said, “Enough is enough,” I think.

Rowan Chlebowski: So we did look at subgroups, and you know there’s always a problem with subgroup analysis because you’re cutting down the numbers. But it looked like there wasn’t any difference by age. And so we followed the women for 11.4 years after the year-three marker, and so I guess what we could say is that there would be a potential benefit for the next decade and we can’t say beyond that. But it looked like it was never too late.

Jamie DePolo: And I’m also curious, too, there’s a little bit of controversy about using BMI as a measure of healthy or non-healthy weight. Does that affect this study at all?

Rowan Chlebowski: Well not really. I mean, I agree with that comment, and I think the question is central obesity. And then there’s a number of ways of getting at that, which are usually not very standard ways. You have to do an additional kind of type of testing. The other issue would be to actually look at the metabolic potential markers associated with central obesity. So those are things that you could do, but this is in the general population.

Jamie DePolo: Okay. And another result from the study showed that women who gained weight during the study had a higher risk specifically of triple-negative breast cancer, but overall, the breast cancer risk wasn’t increased. What do we take away from that?

Rowan Chlebowski: Yeah, I think women may already be at a threshold and other factors would play in. So when women get to be of certain weight, then maybe the potential mediators are already there, and so going a little bit higher doesn’t change things, and other factors would drive the breast cancer. With respect to the triple-negative cancer, we’ve thought about that a lot. We have no explanation at all for why that occurred.

Jamie DePolo: Okay, so that’s kind of a mystery result. Okay. So based on your study and the results, what would your advice be to a postmenopausal woman?

Rowan Chlebowski: Yeah, I think it’s a very positive, encouraging message, because there’s a couple of things. This weight loss showed that you didn’t have to go down to a normal weight. And these are kind of — this was a weight loss that was achievable by women making their own decisions, probably very few of them got into formal programs, and so the idea is that you don’t have to — if you’re trying to say, “I will never get back to my normal weight or my weight when I was 22 years old,” you don’t have to. You just have to lose about 5% and you will have a likely health benefit.

Jamie DePolo: Okay, okay, and I know this study just looked at breast cancer risk, but I’m assuming that losing weight also would offer other health benefits even if you didn’t look at it in this particular study.

Rowan Chlebowski: Yes, I think already there’s been — there are guidelines for doing this kind of thing with respect to diabetes prevention, for instance. There’s a study that showed women who had prediabetes who lost about the same amount of weight substantially reduced the frequency with which they progressed to diabetes. So we know that for sure. And in the cardiovascular literature, because of the intermediate markers, there also would be signal in terms of cardiovascular disease. This is where — breast cancer and some of the other cancers related to obesity have been lagging behind, lacking this kind of evidence.

Jamie DePolo: Perfect. Thank you so much.