Joint pain is one of the most common side effects of aromatase inhibitors and may be a big reason why women stop taking these medicines early. Dr. Dawn Hershman presented research at the 2017 San Antonio Breast Cancer Symposium showing that acupuncture can ease aromatase inhibitor-caused joint pain, even after the acupuncture treatment sessions stop.

Listen to the podcast to hear Dr. Hershman explain: 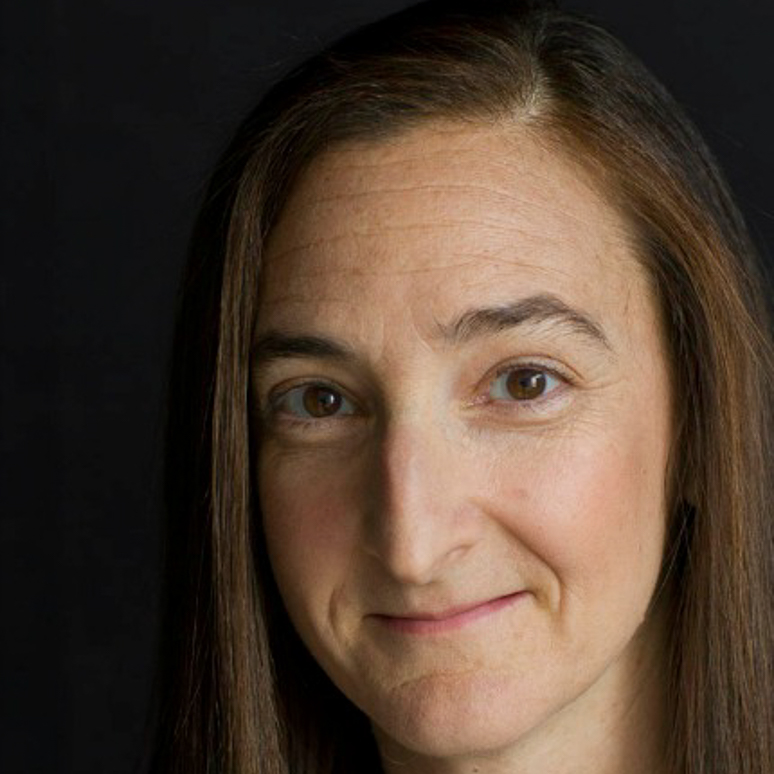 Dr. Dawn Hershman is professor of medicine and epidemiology at Columbia
University. She also serves as leader of the Breast Cancer Program at the Herbert Irving Comprehensive Cancer Center at Columbia and is nationally recognized for her expertise in breast cancer treatment, prevention, and survivorship. A member of the Breastcancer.org Professional Advisory Board, Dr. Hershman also has conducted extensive research on breast cancer treatment and quality of life — she has published more than 250 scientific papers and has received the Advanced Clinical Research Award in Breast Cancer from the American Society of Clinical Oncology and the Advanced Medical Achievement Award from the Avon Foundation. Dr. Hershman is also on the editorial board of the Journal of Clinical Oncology and is an associate editor at the Journal of the National Cancer Institute.

My guest is Dr. Dawn Hershman, leader of breast cancer programs at the Herbert Irving Comprehensive Cancer Center at New York-Presbyterian / Columbia University Medical Center. Dr. Hershman is also a member of the Breastcancer.org Professional Advisory Board. She presented research looking at whether acupuncture can help ease joint pain caused by aromatase inhibitors in women with early-stage breast cancer. Dr. Hershman, welcome to the podcast.

Dr. Dawn Hershman: Thank you very much for having me.

Jamie DePolo: So, I know in the past you’ve done research on why women stopped taking aromatase inhibitors early. Is it fair to say that a big part of that is because of the side effects?

Jamie DePolo: Okay. Now, smaller studies on acupuncture to ease this joint pain caused by aromatase inhibitors have had mixed results, so when you were planning your study, how did you make it different to perhaps be a little more definitive?

Dr. Dawn Hershman: So, we and others have done studies that have shown a benefit to acupuncture, small studies, prior to this. The studies usually were in 40 women or less, randomized to sham versus true or true versus wait-list control. And they differed in methodology. There really have only been four studies, one used electroacupuncture, one was only a 3-week intervention. Our study was a 6-week intervention. There was no wait-list control. We found a large benefit but no benefit at all in the sham group. And so people questioned why there was not a placebo group, why there was not a placebo effect. And when you do a single-institution study it can also be biased by having only a few investigators, only a few acupuncturists that are giving the intervention, and small numbers, so a few patients can influence the results.

We took on this large multi-center trial to really do what we thought would be a definitive study answering multiple questions. We did a multi-center trial that included both academic and non-academic sites, so community sites, that would increase the generalizability since it was all over the country. We looked at the initial 6-week period with the twice-a-week intervention, and then we looked at other phases after that to see how long the intervention effects would last.

We used two control groups. One of the issues with sham is that it actually can have physiologic effects, even if it’s not in the acupoints. Those can be both positive and negative. Some people have pain with sham depending on how it’s given, without the benefits, and other people might have benefits because of the physiologic effects. So it’s not a true placebo like it might be for a pill, so we also wanted to have a wait-list control group to look at the natural history, because over time when people are followed, in general, their symptoms should get a little bit better just from being monitored.

Dr. Dawn Hershman: Right, so we chose… There is some controversy over what the best sham group should be. We chose what we thought was the best sham based on the literature. The needles were thinner, they were shorter, and the insertion was not as deep. We felt the other types of sham, patients could easily figure out what group they were on, and so this we thought was the most reliable based on the literature.

Jamie DePolo: Okay. And then explain to me a little bit about, it sounded like in the study the women had acupuncture twice a week and then you kind of assessed the results, and then they went on to have it once a week to see if the results would last, if that’s correct, I’m not sure? I’ll let you explain it.

Dr. Dawn Hershman: Yeah, so we looked at the initial 6-week period as our primary end point and that’s what we powered the study on. We wanted to see that if people went to once a week, if they could maintain the effect, because it might be when patients start to use it in the community, they would want to know the answer to that. Do they have to keep getting twice a week forever? So that was an important end point for us. And that maybe it’s not feasible to get acupuncture over a long period of time, and does it only work while you’re getting it and then the pain symptoms come right back afterwards? Which is why we looked at that extended phase when women were not getting any intervention to see how long the intervention effects would last.

We found that at each of these time points that there was a benefit, both after the initial once-a-week treatment, but more importantly over time. When you’re looking at these outcome measures, patient-reported outcomes, it’s best when you can look over time using multiple measures because there can be inconsistencies from one to another based on other factors. So when we had multiple end points, we looked at 6, 12, 16, 20, and 24 weeks, we could get a real sense of what the symptoms were over time, and we consistently found from measure to measure that true acupuncture was better than a sham and true acupuncture was better than wait-list control.

Jamie DePolo: Now in this study, like your first study, did you see — or not — that the people who were getting sham acupuncture had any benefit at all?

Jamie DePolo: Okay, so there was some sort of benefit going on there even though it wasn’t real acupuncture.

Dr. Dawn Hershman: Yeah. And the main side effect that we saw was just minimal bruising, what we would call grade 1 bruising, so just a little bit of bruising at the insertion site. And it was true that patients in the true acupuncture had about a 50% likelihood of having some grade 1 bruising compared to about 25% in the sham arm.

Jamie DePolo: Okay, and I am assuming given it was grade 1 that any irritation pain caused by that bruising was probably far less than the pain from the joints.

Dr. Dawn Hershman: Oh, without a doubt. Yeah. We had to report any kind of symptom that changed from where they were beforehand, so you might expect a little bit of site-insertion bruising.

Jamie DePolo: Okay, that makes sense. And so the joint pain was reduced. Can you put I guess a range on it, like how much it was reduced by the acupuncture?

Dr. Dawn Hershman: Yeah. We looked at what we thought would be a clinically meaningful difference, a major reduction, looking at our primary end point at 6 weeks. The scale that we used was zero to 10, and we looked at a two-point reduction. That can be very dependent on a patient’s baseline score, but 58% of patients in the true acupuncture group had a two-point reduction compared to 31% in sham and 30% in wait-list control at 6 weeks.

Jamie DePolo: Okay, great. So now I’d kind of like to talk about — so it offers a benefit. What about the cost of acupuncture, what about the availability of acupuncture? It sounds like this could be a good alternative to pain pills, pain medications for people who are suffering from joint pain from aromatase inhibitors. Is it available and feasible for everybody?

Dr. Dawn Hershman: So that was one of the main reasons why we wanted to do this study. We hope that this will be something that could be more accessible to patients. We hope that this study will convince third-party payers, insurance companies, to cover the cost of acupuncture. We know we have a huge opiate problem because many providers were indiscriminately prescribing opiates for mild pain syndromes. We know that that’s no longer acceptable because of the addictive potential, so we want to be able to offer something else. If patients don’t have any options, they may be more likely to stop taking their medications and not have the benefits of the treatment.

We have published our methods for acupuncture, so that’s available to acupuncturists. Of course not every acupuncturist may be the same in terms of their quality. We have less ability to regulate that, so that can provide some difficulties in the community in terms of not knowing who’s good or not.

So it’s not the same as writing a prescription for a pill that’s manufactured, but we hope that that training in the community, that acupuncturists will read our manuscript and will read our methodology and perform it similar to the way it was performed in the trial.

Jamie DePolo: Okay, and I’m also thinking like cost-wise, is it as expensive, less expensive than say getting a prescription for an opioid?

Dr. Dawn Hershman: Right. Our intervention, 18 weeks, 18 sessions I should say, of acupuncture was about $1,200. In some places it’s as low as $50 per session, other places it’s $75. Sometimes acupuncturists will bundle the payment, so if you’re going to go for group sessions then each individual one is less. That is $1,200 over the course of 6 months, which averages about $200 a month, which is far less than a lot of other medications that we give and certainly less than the treatments that we give, which, some of the newer treatments are ranging $11,000 per month that insurance seems to be covering. So in the grand scheme of things this is a good bargain.

Jamie DePolo: Okay, and one final question. Based on these results, are you going to start suggesting to your patients with joint pain that they consider this?

Dr. Dawn Hershman: Absolutely. I would do anything that had minimal risk in order to keep a patient on their medication or stop them from suffering from side effects, so I think it’s completely reasonable to offer it. I’d like to be able to offer it to people and have them have access to it, and I recognize that a lot of women can’t pay those kind of prices. So we really do hope that the advocacy community, the insurance companies will help these women get treatment that may help them get through their breast cancer treatments.

Jamie DePolo: Thank you so much.