Dr. Brian Wojciechowski discusses some of the most notable research at the European Society for Medical Oncology Congress 2021.
Oct 21, 2021
00:00
Download
00:00
Advertisement
Advertisement

Dr. Brian Wojciechowski joined us to talk about some of the most notable research at the European Society for Medical Oncology Congress 2021.

Listen to the episode to hear Dr. Wojciechowski explain: 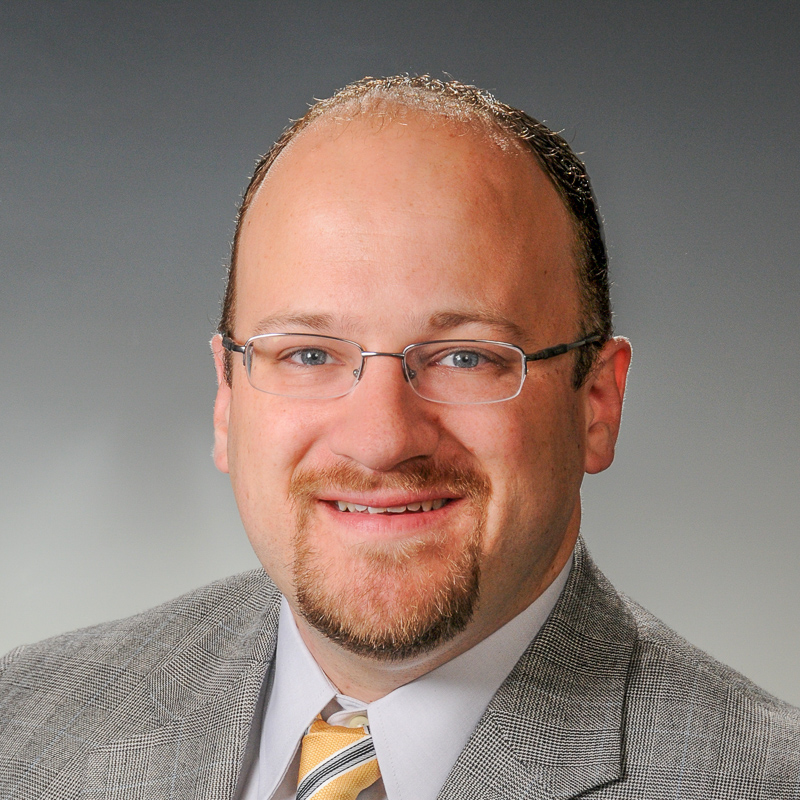 mie DePolo: Hello, thanks for listening. Our guest is Brian Wojciechowski, MD, who practices medical oncology in Delaware County, Pennsylvania, at Riddle, Taylor, and Crozer hospitals and also serves as Breastcancer.org’s medical adviser. A native of south Philadelphia, he trained at Temple University School of Medicine at Lankenau Medical Center. Dr.
Wojciechowski is a sought-after speaker on the topics of medical ethics and the biology of cancer.

Dr. Brian Wojciechowski: Well, it’s great to be with you again, Jamie. Thank you for having me.

Jamie DePolo: Of course. Thank you for helping us to understand all this research. So, the first study I want to talk about is the DESTINY-Breast03 study. And that was the one showing that Enhertu more than doubled the 12-month progression-free survival rate compared to Kadcyla in people who’d been diagnosed with metastatic HER2-positive breast cancer that had been previously treated. That study got a lot of media coverage. So, first of all, could you tell us what progression-free survival is, just so everybody knows, and then can you explain the difference between Enhertu and Kadcyla, and then finally tell us why these results were so
impressive — why did this generate so much media coverage?

Dr. Brian Wojciechowski: Yes. I can certainly talk about that, Jamie. So, progression-free
survival is the amount of time that a patient goes on the treatment where her disease — her cancer — does not get worse, meaning it doesn’t get bigger, it doesn’t spread to other areas of the body. And this is a very common way that we use to measure the effectiveness of chemotherapy drugs in practice.

The difference between the two drugs in the study — first of all, let me explain what they are. So, Enhertu is an ADC, which is an antibody-drug conjugate. And what that means is it’s kind of a Trojan horse principle here. So, the antibody attaches to the HER2 protein on the surface of the cancer cells, and the antibody itself is Herceptin. Now, these drugs, being antibody-drug conjugates, actually, they have attached a very potent chemotherapy drug to the end of the antibody.

Now, these chemo drugs are so potent that you can’t give them to patients alone by themselves because they would cause fatal side effects. But the other side of that is that they’re extremely effective against cancer because they are so potent. So, really the only safe way to get these drugs into the body, and therefore into the cancer cells, is to attach them to the antibody. And what this does is that it directs the chemo drug safely to the cells, the HER2-positive cells that bear the antibody. So, they’re not going into the bone marrow, they’re not going into the hair cells, and the GI system. They’re going right to the cancer cells, which recognize this antibody as something good, something friendly like the Trojan horse. And then, once it attaches to the cancer cell, it gets incorporated into the cell along with this very potent chemotherapy drug that is attached to the antibody. So, both of these drugs that are being tested in this study are ADCs, antibody-drug complexes.

Dr. Brian Wojciechowski: Well, that’s a very timely analogy indeed, because my kids have just
gotten into Harry Potter, and we just listened to the invisibility cloak part in the car the other day. I can’t believe it. But yeah, I guess more people today are familiar with Harry Potter than classical Greek literature.

Jamie DePolo: Probably, probably. But it’s a really great way to get these powerful, powerful chemotherapy drugs just to the cancer cells without having them affect other cells in the body.

Dr. Brian Wojciechowski: That’s right. Otherwise, you wouldn’t be able to use them.

Dr. Brian Wojciechowski: Yeah. So, this study compared Enhertu, which is a newer ADC, versus an older ADC called T-DM1, or Kadcyla. Now, the present standard of care is for patients who are metastatic with HER2-positive disease who have progressed on initial therapies such as Herceptin, Taxol, that sort of thing. And they can get Kadcyla right now, but right now, Enhertu is only approved for third-line after Kadcyla has failed. That’s a little
bit of a simplification, but that’s basically how it is right now.

So, this is really the first time the two drugs have been compared head-to-head in a large clinical trial. And so, a very significant difference was shown in terms of progression-free survival, meaning that the women in the study lived longer without their cancer getting worse
or progressing, and it was 25 months versus 7 months. So, really a very striking difference. And I think that’s why it garnered so much media attention, because I don’t think anyone was expecting such a big difference.

Jamie DePolo: Now, do you think this is going to translate — I know it’s hard to figure this out or to anticipate this — but do you think this will translate into better overall survival, meaning how long people live whether or not the cancer grows?

Dr. Brian Wojciechowski: It does look promising. Of course, it takes longer in a study to
determine if overall survival is improved, but the trend was toward overall survival improvement. So, there’s hope that this drug will cause patients to actually live longer as well.

Jamie DePolo: Okay. Now, as you said, right now Enhertu — in a simplified way — is approved as a third-line treatment. So, it’s basically: you try Herceptin, you try Kadcyla, and then if the cancer grows, you can have Enhertu. Do you think the results of this study are going to change that?

Dr. Brian Wojciechowski: I think it will. Yeah, I would expect an FDA approval for second-line Enhertu by the end of the year.

Jamie DePolo: Okay. Okay. Well, that’s very promising. Now, I’ve already done podcasts with Dr. Hope Rugo on the KEYNOTE-355 study and Dr. Gabriel Hortobagyi on the MONALEESA-2 study. So, we’ve kind of covered those. Besides those two, what other breast cancer research really stood out for you at ESMO 2021 this year?

So, right now, most patients will get a combination of Adriamycin and Cytoxan, and then follow that up with Taxol. So, that’s three drugs, but there are some docs who are actually doing four drugs — adding carboplatin to that mix. So, this trial showed an improvement with adding carboplatin. So, I think this is kind of the direction that the field was moving in. But, this could really be a practice-changer, where we could see a standard of care moving toward getting four drugs in the preoperative setting, as opposed to three.

Jamie DePolo: Okay. And were there differences in side effects? Did carboplatin add to the side effects that the people experienced?

Dr. Brian Wojciechowski: Yeah. You would kind of expect that; four drugs versus three drugs,
there’s going to be a higher rate of certain side effects. I think we already knew that, we kind of already expected that. And while there were higher incidents of side effects, it didn’t compromise the treatment or the ability to deliver all doses of the drugs that were planned.

Jamie DePolo: Okay. So, how did carboplatin — adding carboplatin to the standard chemotherapy triplet — how did that help the pCR, which is — we’re going to have to explain that — that’s usually what doctors look at after somebody gets chemotherapy before surgery, then they have surgery, and the doctors look at how much cancer is left. And if it’s all gone, it's called a pCR. But if it’s not all gone — there are various stages of it. So, is that what carboplatin did? Was there more pCR?

Dr. Brian Wojciechowski: Well, there’s a few things to talk about, actually. So, when they follow all the patients for 4 and a half years, there was a significant improvement in event-free survival for the patients who received carboplatin versus the ones that did not receive carboplatin. An event-free survival is really — it’s almost like saying that they didn’t have any recurrence or anything like that, and it was the time it took for them to have a recurrence. So, basically, they were cancer-free for longer if they had received carboplatin. And then you asked me about the pCR?

Dr. Brian Wojciechowski: Yes. And pCR means pathologic complete response, meaning you had chemo upfront, and then when you went to surgery, there was no residual cancer left over in the breast. And this is kind of the gold standard for medical oncologists, this is what we want to see. And having a pCR correlates with a better overall prognosis. So, yeah, pCR was improved in the patients that had carboplatin.

Jamie DePolo: Okay. Well, that’s good, too, because — help me to understand it a little bit — I believe that if somebody has a pathologic complete response, pCR, then they have surgery, then perhaps they don’t need as much treatment after surgery, is that true?

Dr. Brian Wojciechowski: Yeah. So, there are protocols where, depending on how much residual cancer is left after surgery, that we recommend additional chemotherapy for patients afterwards.

Jamie DePolo: Okay. So, maybe, like the benefits: even if there are more side effects of having four chemotherapy drugs before surgery, if there is a pathologic complete response, it could mean less treatment after surgery. So, the benefits could definitely outweigh any risks or side
effects.

Jamie DePolo: Okay. So, do you think that may become the standard of care then for triple-negative disease?

Jamie DePolo: Okay. Okay. Well, that also sounds promising. Were there other studies that stood out for you?

Dr. Brian Wojciechowski: Nothing, really, that I thought was groundbreaking or practice-changing like what we already spoke about.

Jamie DePolo: Okay. Alright. Well, thank you so much, Dr. Wojciechowski. This has been really helpful. And I’m sure you know, I’ll be looking forward to seeing these standards of care change and seeing if there’s any new approvals for Enhertu.

Jamie DePolo: Thank you so much. Take care.

Dr. Brian Wojciechowski: Yes. Thanks for having me.