Preserving fertility after chemotherapy is an important issue for many, many younger women diagnosed with early-stage breast cancer. Dr. Matteo Lambertini presented research at the 2017 San Antonio Breast Cancer Symposium showing that ovarian suppression with a gonadotropin-releasing hormone analogue such as Lupron, Trelstar, or Zoladex, can safely protect ovarian function and may help preserve fertility in younger women being treated with chemotherapy for early-stage disease.

Listen to the podcast to hear Dr. Lambertini explain: 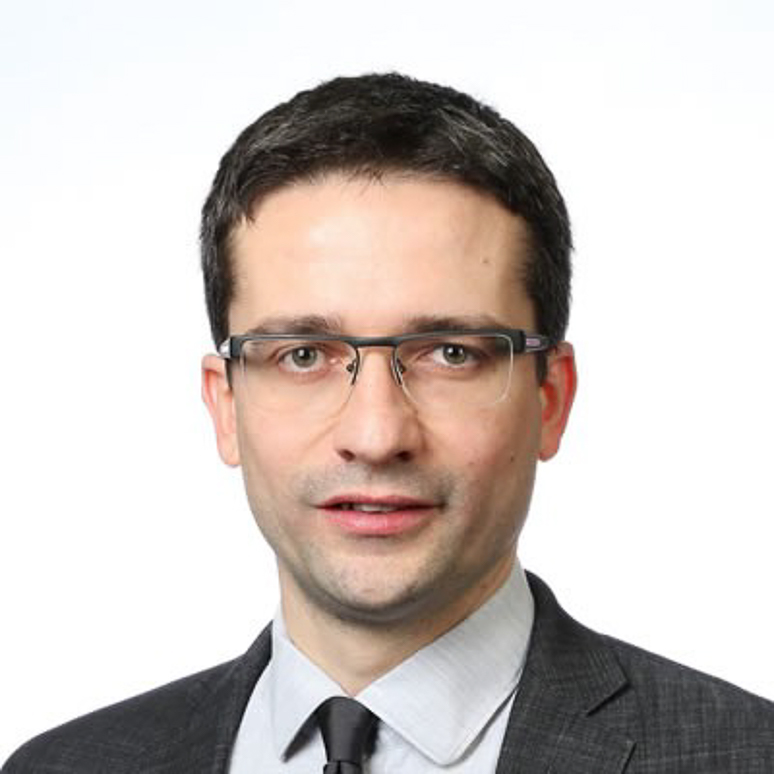 My guest is Dr. Matteo Lambertini, medical oncologist at Institut Jules Bordet in Brussels. His study analyzed the results of five previous studies looking at using gonadotropin-releasing hormone agonists during chemotherapy to preserve the function of the ovaries and fertility. Gonadotropin-releasing hormone agonists include the medicines Lupron, Trelstar, and Zoladex.

Dr. Lambertini, welcome to the podcast.

Jamie DePolo: So to start, I know that earlier studies have produced mixed results on the success of ovarian suppression during chemotherapy, and the strategy isn’t always recommended or considered the standard of care. So can you talk a little bit about that?

Dr. Matteo Lambertini: Yes. So, the use of GnRHa during chemotherapy has been studied in several of my clinical trials in the last years, and these trials have produced mixed results. And this is why I’ve called in today’s informational guidelines for fertility preservation and conservation, the ASCO and ESMO guidelines, the strategies to consider it as an experimental procedure.

However, in the last years we had publication of the largest and most important studies on this topic, and the study that we have just presented here at the San Antonio Breast Cancer Symposium is a full analysis. So it is an analysis, a combined analysis for the five major randomized control trials in this setting that actually provide evidence about the efficacy and the safety of this procedure in young breast cancer patients interested in preserving ovarian function, so reducing the risk of chemotherapy-induced early menopause, and potentially through future fertility.

Jamie DePolo: Okay, and I know you said, I believe you said anyway during your presentation, that preserving fertility is, if not the biggest concern of younger women who have been diagnosed, it’s a very large concern.

Dr. Matteo Lambertini: Yes, fertility preservation and pregnancy-related issues are high priority areas of concern for the younger women with breast cancer. This has been stated by young women advocates during a recent very important conference dedicated to the topic of breast cancer in young patients, the ESO-ESMO Breast Cancer in Young Women International Conference, and this is also known from several publications in the literature showing that approximately half of the young breast cancer patient at time of diagnosis are concerned about the possible risk of infertility as a consequence of the use of anti-cancer treatment. And approximately the same percentage of women, so half of them, will still desire to have a pregnancy after the end of treatment.

Jamie DePolo: And I know one of the questions about some of the previous studies were the number of participants. Some were large, some were small. How did you think about that when you were doing your analysis?

Dr. Matteo Lambertini: That’s a very important comment because some of the studies conducted in the past were small studies so they were not able to give us a definitive answer on the efficacy of this procedure. In the last years we had publication of the three largest trials, the Italian study and another study conducted in the U.S. and another study in the U.K., and in our analysis that we presented here at San Antonio, we collected the data from all these major trials, these three studies that I just mentioned plus other two important studies conducted in the past, to reach more conclusive evidence on this controversial topic.

Jamie DePolo: And could you give us sort of an overview, a general overview of your results? What did you find?

Jamie DePolo: So the results give me two questions. It looks like if a woman goes into early menopause because of chemotherapy, 2 years later if her ovaries still haven’t started functioning it seems unlikely that they’re going to.

Dr. Matteo Lambertini: Yeah, what we observed in our study is that approximately 60% of the women resumed their menses during the first year after chemotherapy, but still there is approximately 15% of them who resumed menses between 1 year and 2 years after the end of chemotherapy. And although we did not have the data to see if other patients resumed menses after 2 years, we know from the clinical practice that this becomes more unlikely after 2 years without menses that the patient can resume menses. It’s still possible but in a smaller proportion of women.

Jamie DePolo: Okay. And my second question is, so the pregnancy rate in the women who got the gonadotropin-releasing hormone agonist, the pregnancy rate was doubled. It was still, I guess, what some people may consider low, I mean it was, I think, 30%, is that right?

Dr. Matteo Lambertini: So we observed that 37 women had the pregnancy in the GnRHa group as compared to 20 women, so half, in the control group. Overall this means that less than 10% of the patients included in this randomized control trial had a pregnancy after the end of treatment, which is a low percentage overall. But it’s important to note that actually we observed a significantly higher number of patients who were able to have a pregnancy after the end of treatment if they received this hormone during chemotherapy.

However, it’s important to highlight that for patients interested in fertility preservation, meaning women that are interested to have a pregnancy after the end of the anti-cancer treatment, the standard procedure remains a cryopreservation option, for example, embryo-induced cryopreservation, which are the strategies with the most reliable results in terms of fertility-preserving potential. However, the data that we have just presented I think are very important to say that the use of GnRH analog can now be considered another standard option for women interested in preserving ovarian function, so concern about the risk of developing chemotherapy-induced early menopause.

But also in patients interested in fertility preservation, I think it’s important to use these agents after cryopreservation procedures or when these procedures for a variety of reason are not available.

Jamie DePolo: Okay, that makes sense. So if a woman said, “I definitely want to have a child after chemotherapy,” what you’re recommending is do the egg freezing as well as this procedure to have the maximum chance of having a child.

Dr. Matteo Lambertini: Yes. Correct. This is the recommendation that I will give to a patient after the presentation of our data related also to the GnRH analog.

Jamie DePolo: Okay. And one last question. Now, are there any side effects if a woman takes the gonadotropin-releasing hormone agonist?

Dr. Matteo Lambertini: So there are two comments to be made on this topic. So the first and very important comment on the safety of this approach in terms of survival outcomes, meaning giving a hormone during chemotherapy can reduce the efficacy of chemotherapy. This was a concern in the last years, but the results of our large study presented here in San Antonio confirmed that this seems to be safe, meaning that the survival of patients who receive chemotherapy with this hormone, concurrently with this hormone, is the same as the one of patients who received chemotherapy alone, suggesting the safety of this approach.

And the second comment is on the side effect of this drug. As we know, all the drugs have side effect, and this is as per the mechanism of action of this drug. This drug causes suppression of the ovarian function, meaning that patient enters a pharmacological menopause, a temporary pharmacological menopause, and so this can be associated with a slightly increased risk of developing symptoms related to menopause, especially hot flashes and the sweating.

Jamie DePolo: Okay. Thank you so much. I appreciate your time.