KBeee's Story: Why I Chose to Have a Bilateral Mastectomy
Personal Stories
/
Reconstruction Decisions

KBeee's Story: Why I Chose to Have a Bilateral Mastectomy

With a family history of breast cancer, KBeee wanted to minimize her risk of recurrence in the future.
Advertisement 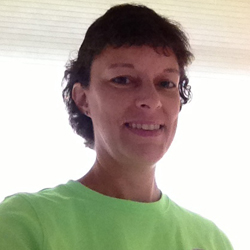 Kbeee is a member of the Breastcancer.org Community.

From the moment I was diagnosed, I was pretty certain of my surgery choice and reconstruction method. I felt it was best for me in my circumstances, and thus far, it certainly has been. I chose a bilateral mastectomy with immediate tissue expander placement. I had those exchanged for 'gummy' implants several months later. Here were my reasons:

I had my skin-sparing bilateral mastectomy in August 2013, my exchange in January 2014, nipple reconstruction and fat grafting in April 2014, and tattoos in September 2014. I am thrilled with the results. I am a runner and have found them very comfortable, even on long runs. I also have no problems with the implants under my airpack at work (a prosthesis would not have worked well, so implants were a better option). I look really good in both clothes and a bathing suit. I can wear a bra if I want or choose to skip wearing one. I would not do the fat grafting again. I developed lumps afterwards. Though they are not fat necrosis, biopsy results simply indicated inflammation. The presence of the lumps makes me nervous about being able to detect new lumps. I was told before the surgery that developing lumps was rare, but am told now that it is very common. It's been a long road, but I am thrilled with how everything looks. I went for a second opinion on the lumps and the place I went, who had never seen me before, said that I look like someone who has had a breast augmentation, and not like someone who had a mastectomy...which was a great compliment.